Do we finally have a motorcycle worthy of the Scrambler moniker? We saddled up on Triumph's range-topping 2019 Scrambler 1200 XE to find out…

Words and Photos by Mathieu Day-Gillett

It seems like only a few years ago that the motorcycling subculture to get in on was the cafe racer, but as we well know, time changes as does taste.

With the swing to more practical motorcycles in recent years, the go-anywhere Scrambler style has seen a surge in popularity and Triumph Motorcycles has a lot to answer for this.

Triumph has been in the Scrambler game since 2006 when the Bonneville based Scrambler.

With a set of Scrambler pipes and off-road leaning tyres the Triumph Scramblers of old where more styling exercise than a capable off-roader like the bikes the scrambler genre takes its inspiration from.

Based loosely around the Triumph Bonneville 1200, the two new Scramblers are the first bikes to offer the serious off-road performance many have asked for from their Scramblers for years.

For starters, the suspension system has received a major upgrade. Instead of the short stroke suspension found on Triumph’s other scrambler offering, the 900cc Street Scrambler, the Scrambler 1200 benefits from long travel USD forks and rear shocks with the high specification XE model going the extra mile with fully adjustable Öhlins units front and rear.

As a result of that new long-travel suspension, ground clearance on the Scrambler 1200 has been bumped up to a respectable 200mm on the XC model compared to the 120mm of the Street Scrambler which came before it, with the XE model featuring even longer travel suspension with an extra 50mm of travel.

Engine-wise, the Scrambler 1200 builds from the 1200cc High-Power unit which first debuted in Triumph’s Thruxton 1200 instead of the torque focussed unit found on the Bonneville range.

Featuring a 270-degree crank and the typical high scrambler pipes, the Scrambler’s engine provides plenty of character as well as plentiful power throughout the rev range.

Braking too is top notch, with Brembo's brilliant M50 calipers featuring up front gripping 320mm discs while out back is a Brembo caliper gripping a 255mm disc.

Rolling stock is also designed to ensure excellent performance both on and off-road, with laced (spoked) 21-inch and 17-inch wheels allowing not only great durability but also plenty of choice in regards to tyres.

With the Scrambler 1200 XE being the most capable bike to wear the Scrambler badge from Triumph, simply plodding around inner city Auckland was never going to do for a proper test. With an invite to join a group of colleagues on a mini adventure ride around some of Auckland’s lesser-known gravel back roads, I dumped the CRF250L Rally off with Triumph New Zealand in favour of seeing what the big new Scrambler could do.

There was one catch. As the last rider to borrow the bike had managed to put the handguards to the ultimate test (requiring their replacement after hitting a tree) I had to promise Triumph NZ to return the bike undamaged...

With minimal riding time on gravel under my belt of late and a full 950cc of extra grunt at my disposal, the prospect of dropping the pristine white and green Scrambler 1200 was not a happy thought.

Thankfully for me, Triumph have included a full suite of electronics to tame the Scrambler for any conditions its rider may face.

A major feature of any new Triumph Motorcycle is the firm’s insistence on including as much additional technology as possible into the package. With the two new Scramblers, Triumph has debuted its all-new new second-generation TFT dashboard which does away with the rectangular units of the past and moves to a more aesthetically pleasing (and more appropriate on a Modern Classic style machine like the Bonneville-based Scrambler) sculpted circular unit.

Delving into the sexy new TFT dash, which is definitely a step ahead of the units employed by other manufacturers, the Scrambler 1200 XE offers six seperate riding modes to play with.

My first impressions of the controls was a little daunting at first, hidden behind the factory equipped brush guards are buttons for heated hand-grips, rider modes, lighting, and for the TFT dash – and that’s just on the left-hand side. However, it wasn’t long before I had adjusted to the technological feast that is the Scrambler 1200 XE and was switching rider modes and playing with the DRL lighting on the fly.

Setting off for our Auckland backroad adventure, it wasn’t long before the sealed roads I generally associate with the country’s largest city vanished and we hit our first of many kilometres of gravel road to come. It was here that I discovered one slight annoyance with the otherwise brilliant electronics and rider aids.

While riding on the road you can switch between any of the four road-focussed rider modes on the fly which makes for easy tailoring of the bike’s personality to your ride. However, when it comes to accessing the XE’s two off-road modes (Off-Road and Off-Road Pro), you must first come to a stop to engage them. If you’re riding solo this probably isn’t a big annoyance, but when riding in a group I was soon at the back of the pack trying to catch up after being forced to stop and disable the traction control and ABS by utilising Off-Road Pro mode.

After a couple of instances of excessively spinning the rear wheel and leaving long skid marks behind me in Off-Road Pro mode, I eventually decided that regular Off-Road mode was probably the more sensible option, with the system retaining some traction control and ABS characteristics, yet allowing the rear wheel to slip without cutting in.

Interestingly, when it came to physically controlling the bike on loose surfaces I found it easier to manage while keeping myself firmly planted on the seat instead of adopting the standing position I associate more with this style of riding.

At the end of our day-long exploration route, I have to admit I was disappointed to part ways with the Scrambler. While it does have its own minor flaws, the bike really can stick with bikes some would call hard-core “adventure bikes” when the road gets rough, but unlike those often utilitarian machines, the Scrambler 1200 looks stunning no matter where you eventually stop to park it.

Looks AND ability? Yeah, that’s the Triumph Scrambler 1200 XE in a nutshell. 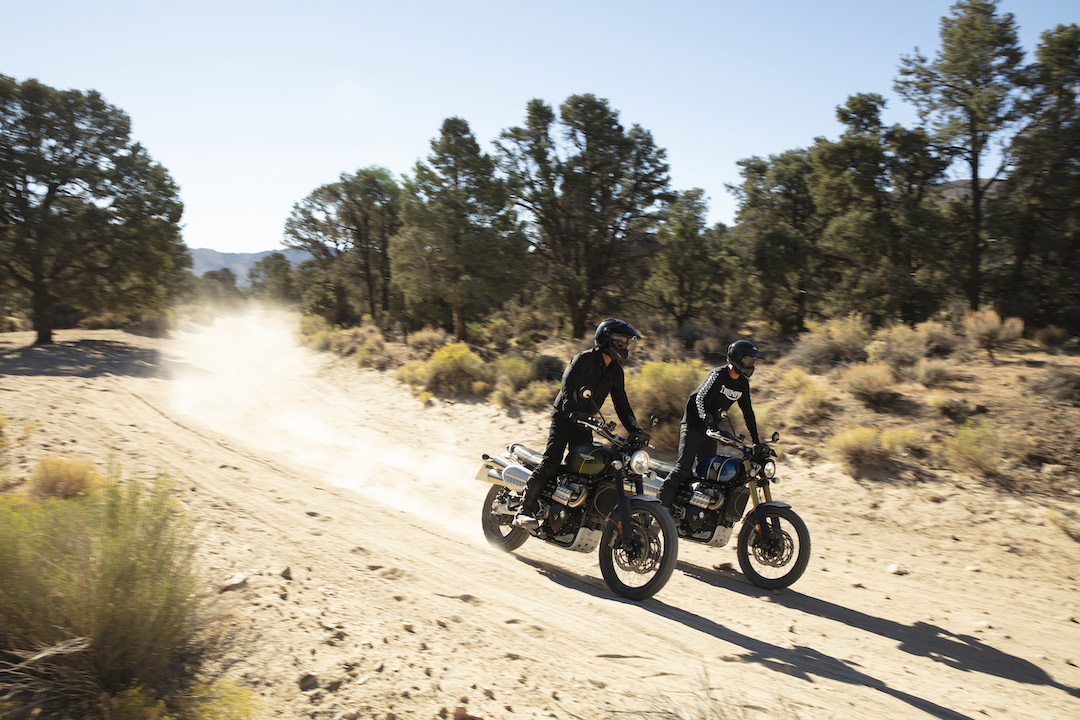 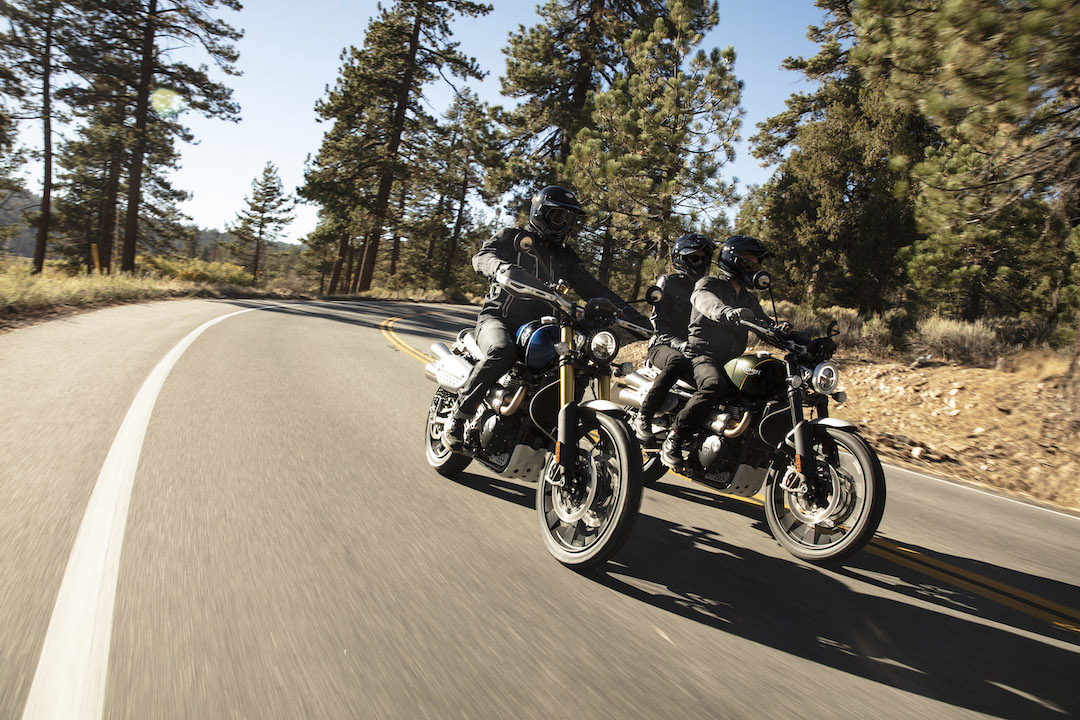 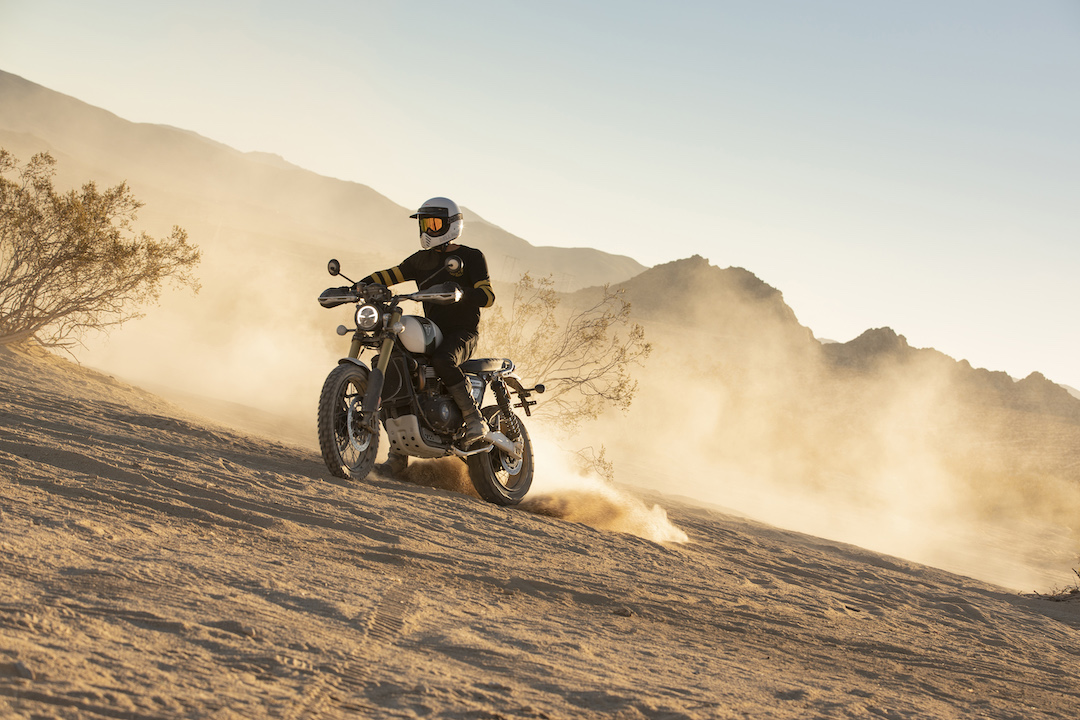 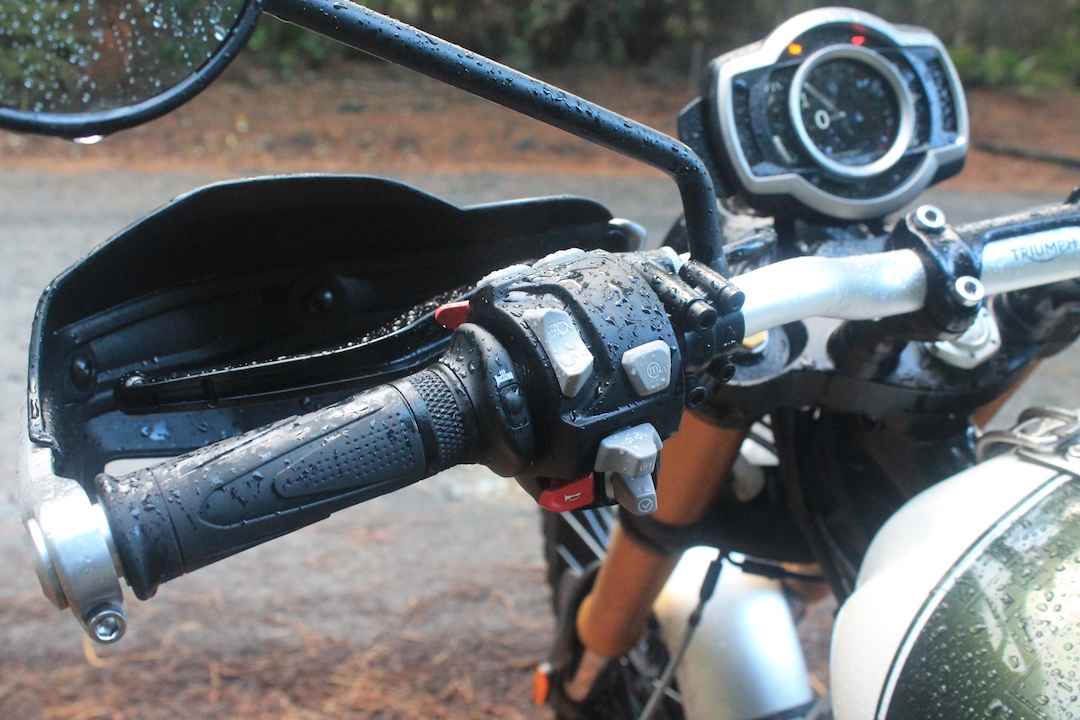 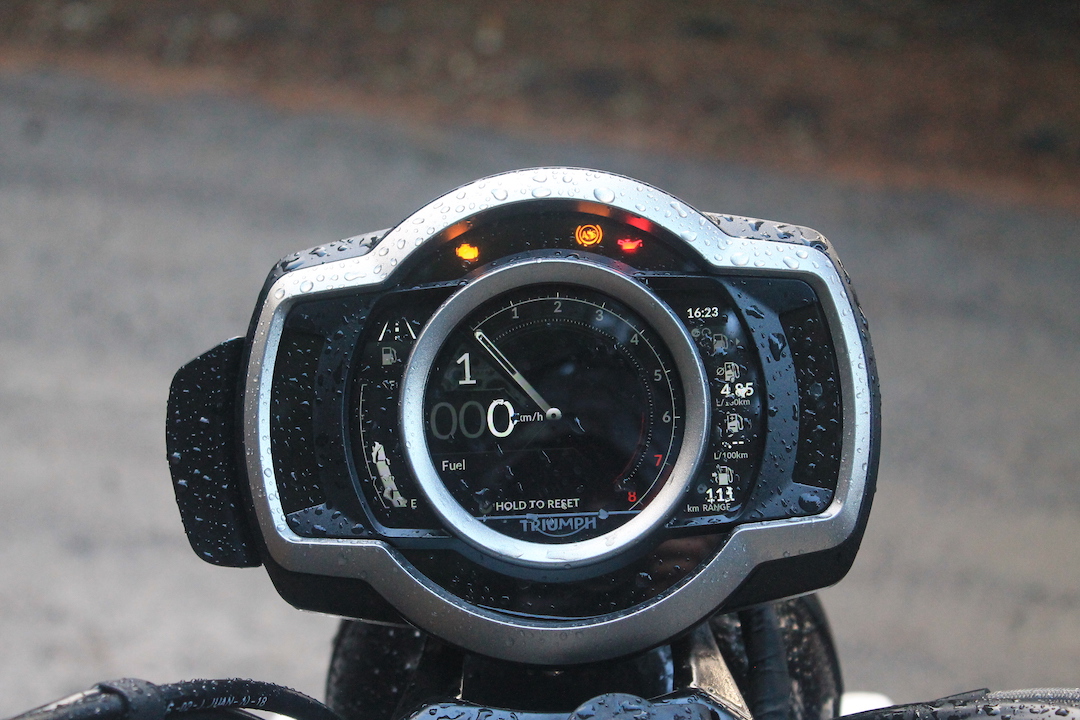 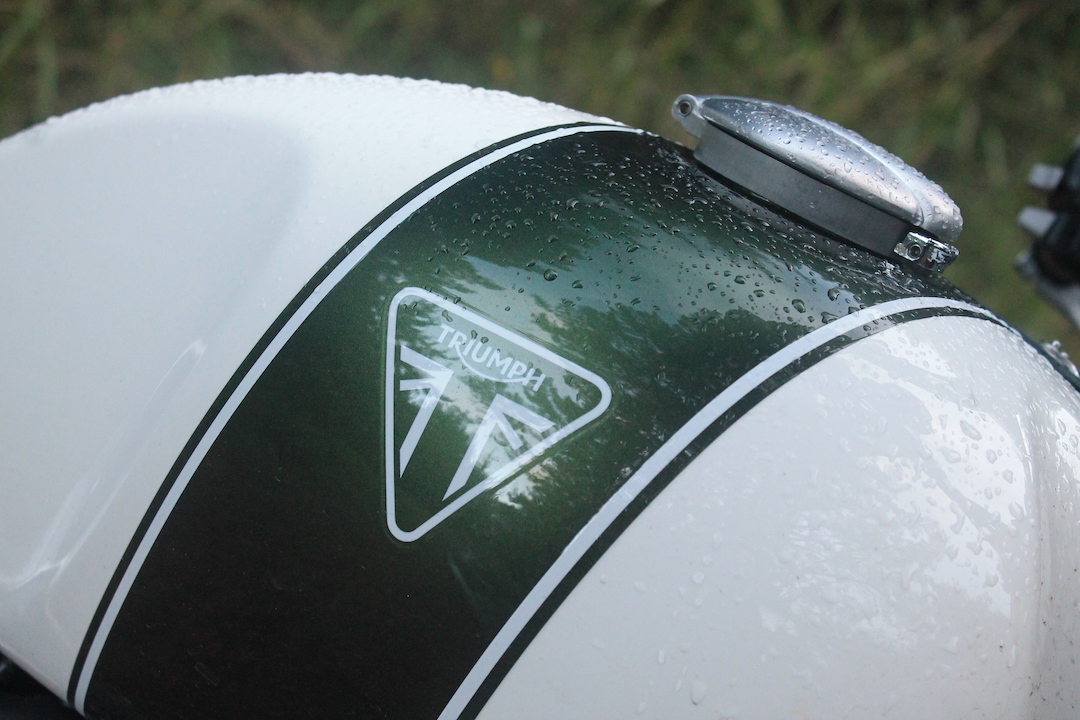 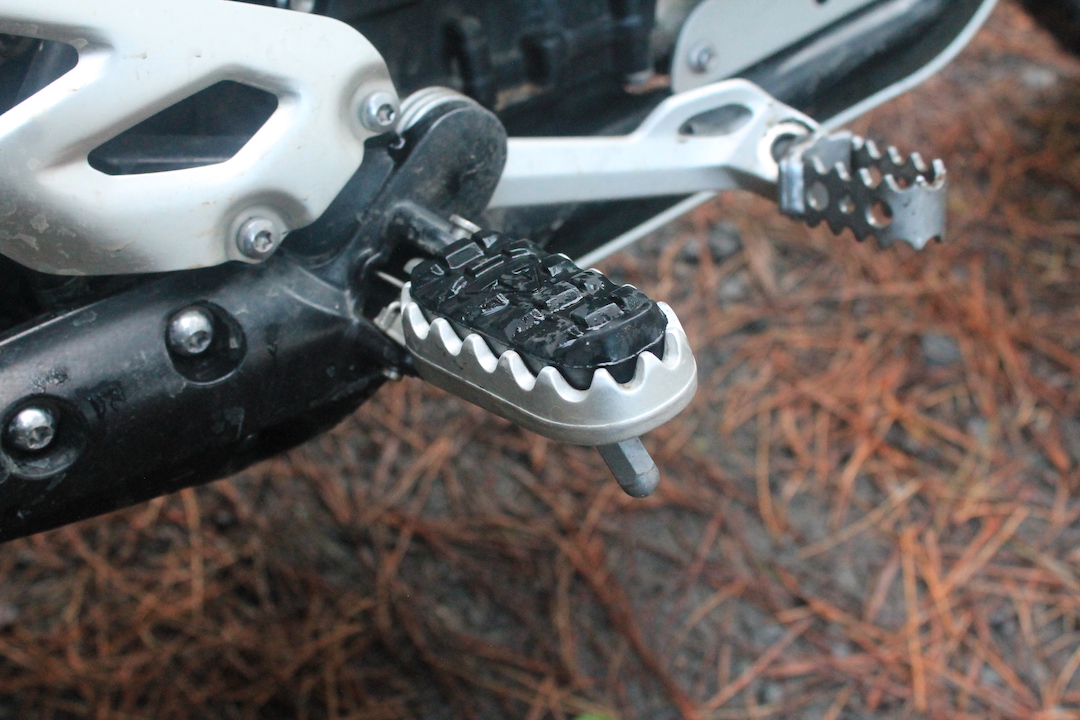 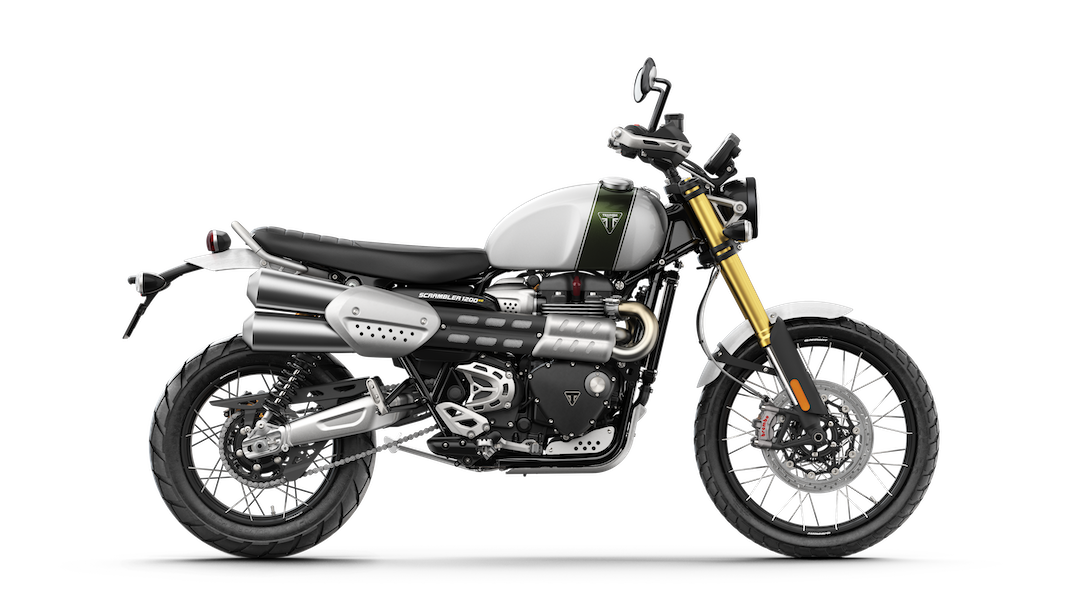 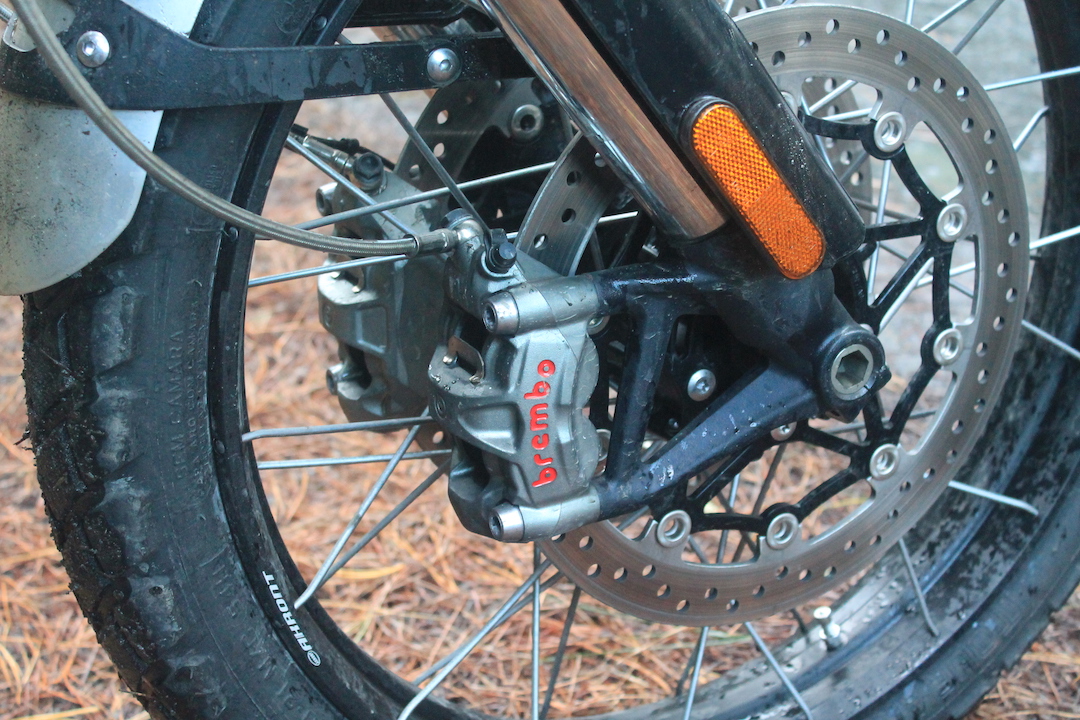 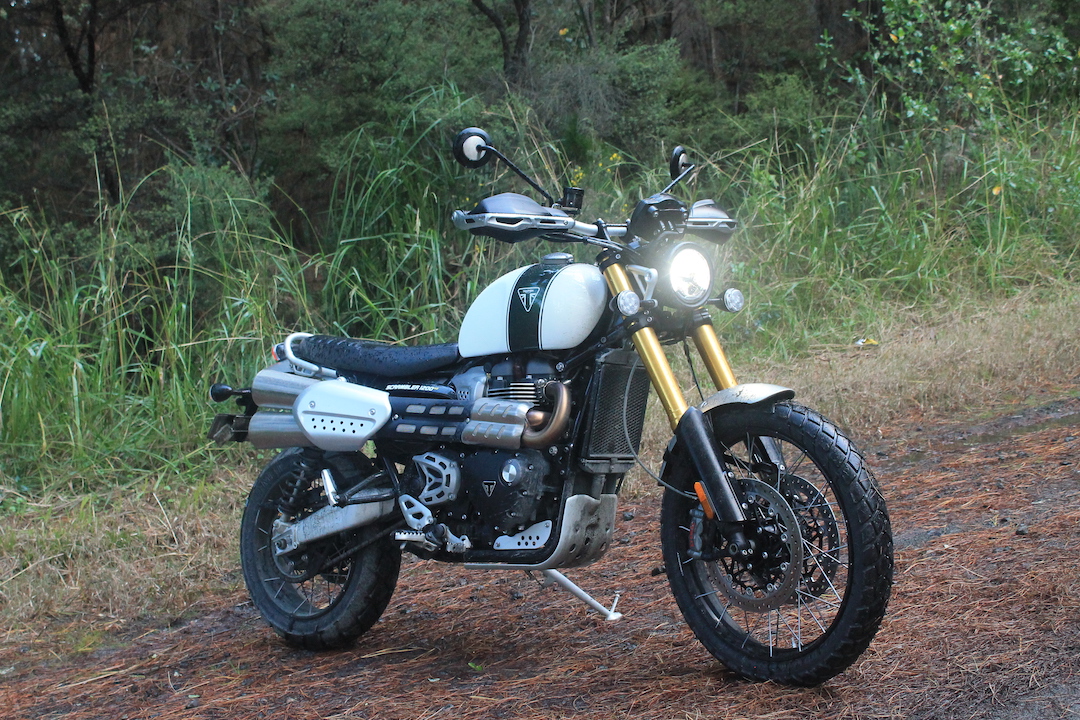 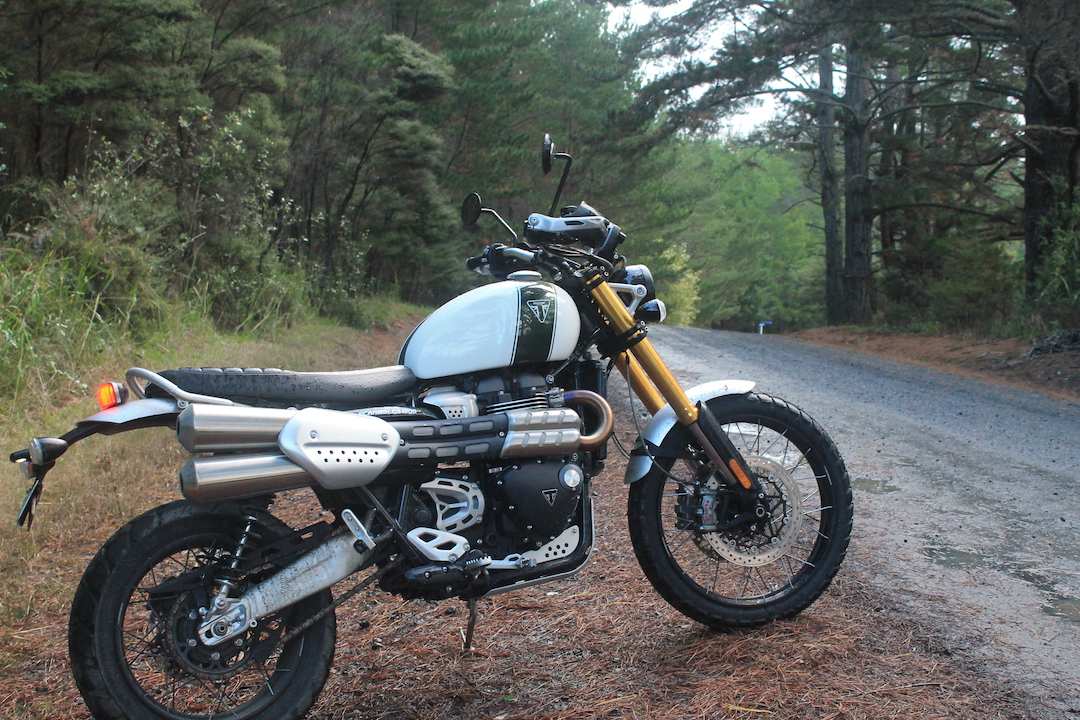 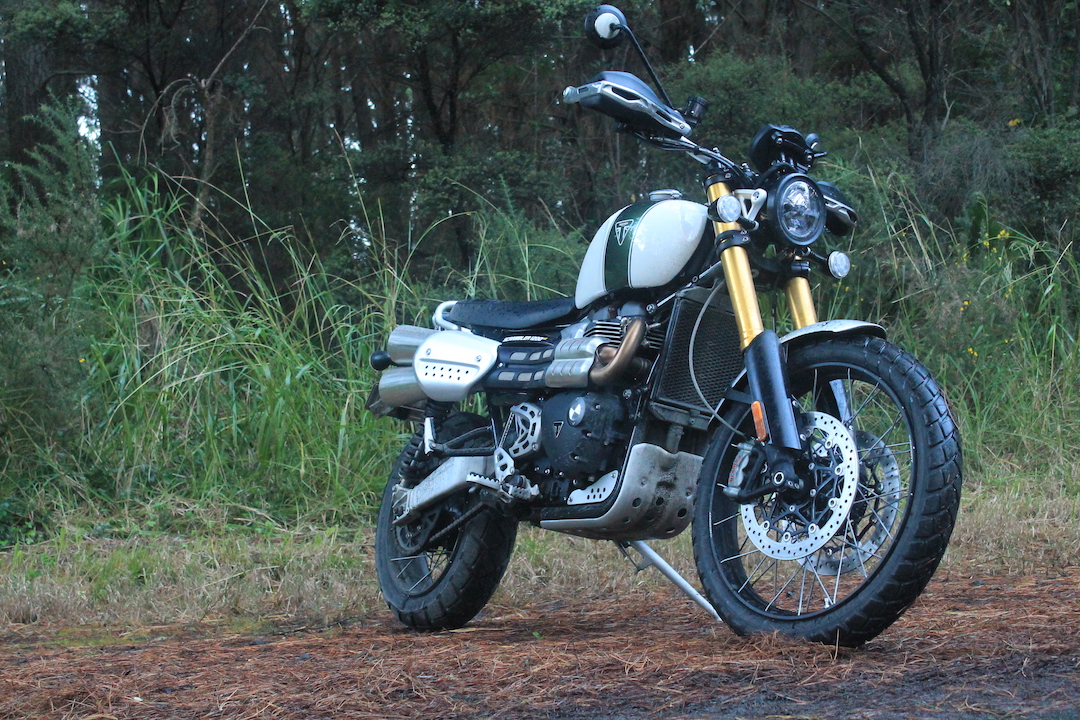 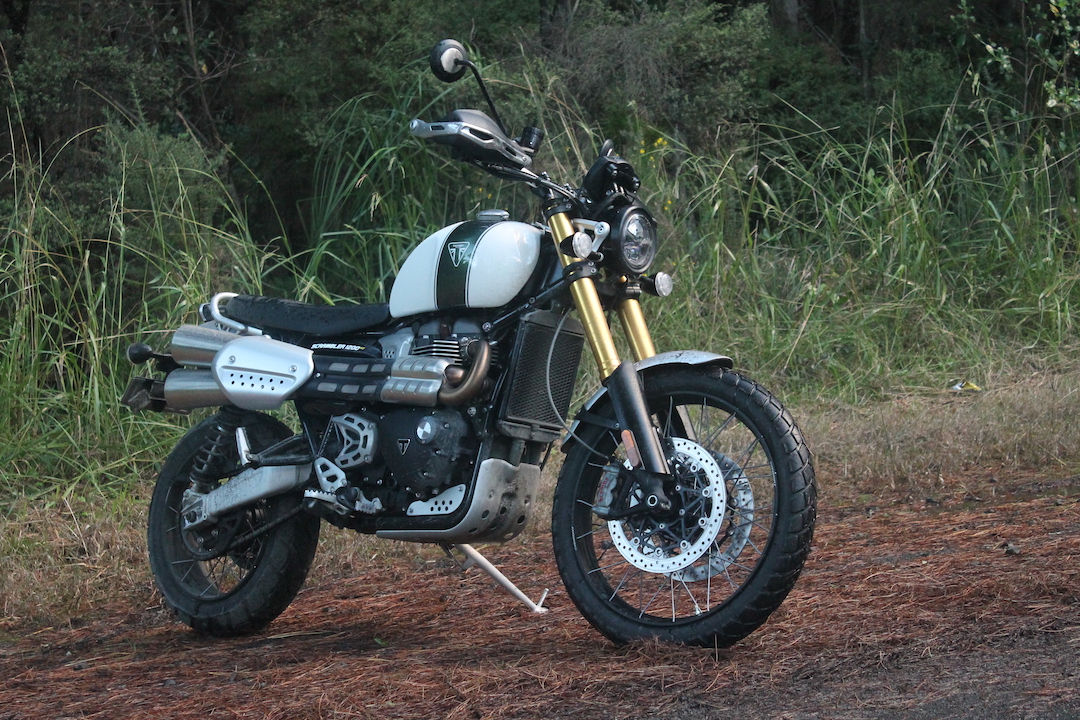 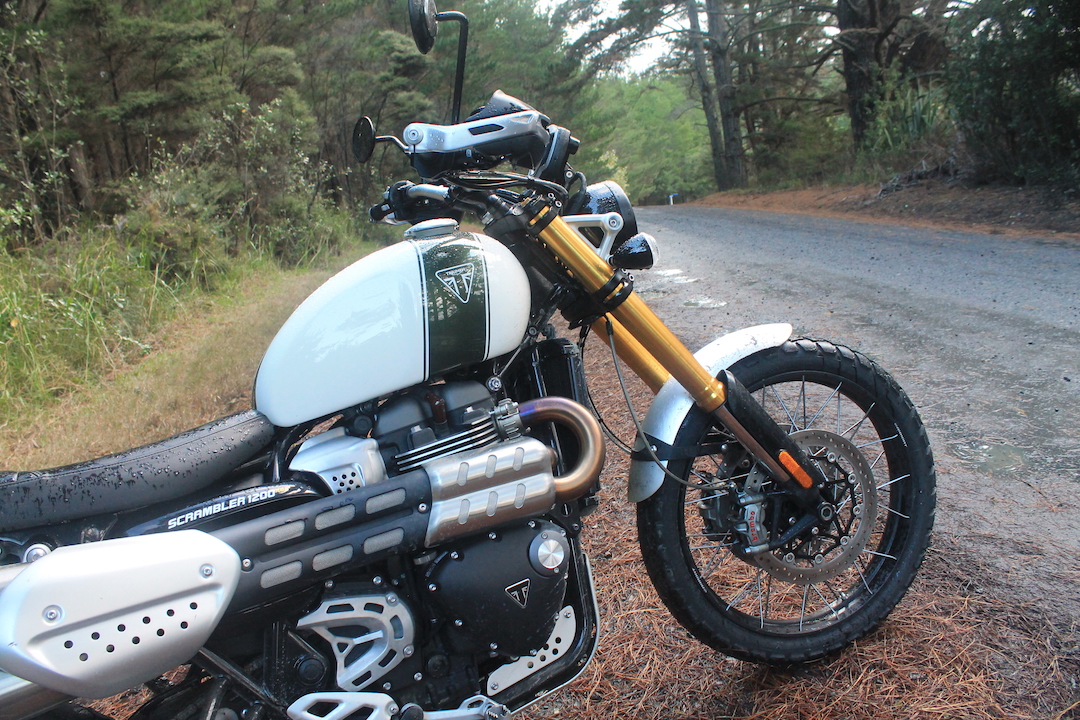 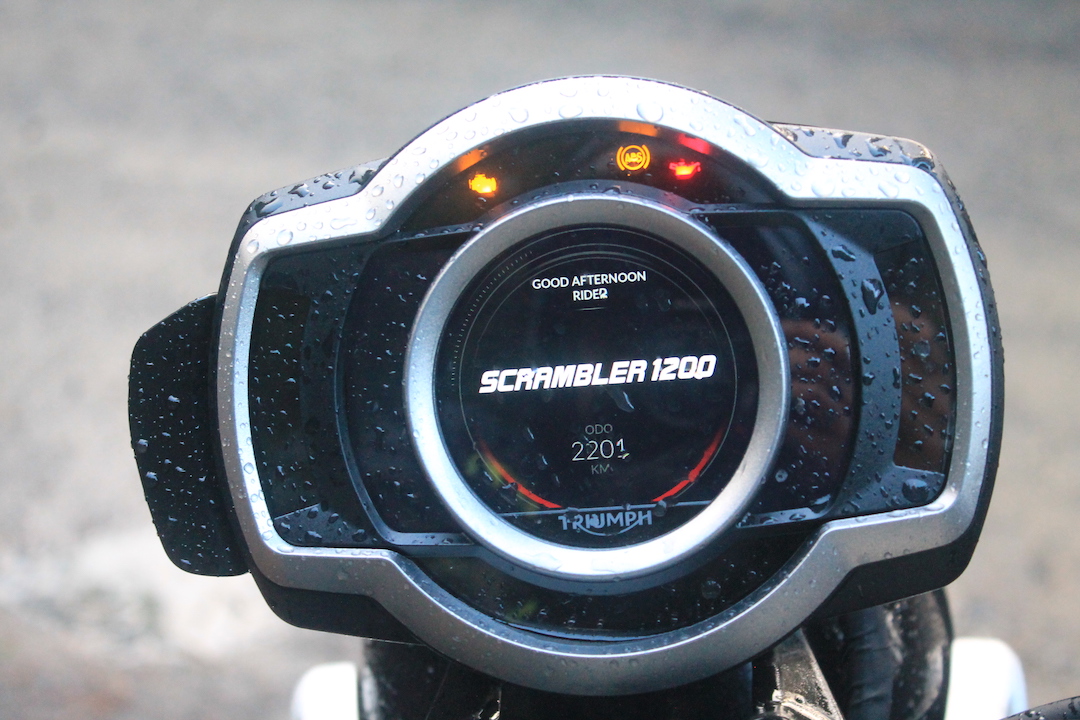 Long Way Up Has Arrived, Here’s Our Thoughts On The Debut Episodes